It’s been a busy week, no time to write, and now that I finally sit, my bed is calling me. We’ll start with this morning. The second Women’s Race 10 K was run this morning in downtown Beirut. The race was in the spirit of ‘Run Forward’, and all about the empowerment for women.

Aregu Sisay Abbate, my housekeeper ran the 10K. And she won. Last year she was third, but her trainer has been after her, and she improved her personal time with some 6 minutes, thus making it to the finish line in 41:06.  Talking about empowerment. She ran for all the nannies, and housemaids, and cleaning ladies, showing that change is possible.

The Lebanese women are a powerful bunch in general, just look at George Clooney. It was a Lebanese woman that finally got him, after some 50 years, to abandon his bachelor status. But their situation is by no means a rosy one, and the status of migrant women in this country is even worse. You can read on a monthly basis – if not more often – of housemaids that hang themselves or jump off the balcony because their lives are no longer bearable. But slowly more and more attention is drawn to their plight, such as the Migrant Task Force, and the Stop Kafala Campaign.  The Kafala is the sponsorship system through which most migrant workers enter Lebanon. I, for instance, have a housekeeper from Ethiopia. I am her sponsor, and by law that pretty much gives me all rights over her life. And the few rights that she does have, are not really enforced at all. It is basically up to the employer to ensure whether her two year work period in Lebanon is going to be a decent one, or whether she will be treated as a slave.

And so I think it is fitting that a housekeeper won the 10K Women’s Race in downtown Beirut.  Change is possible. 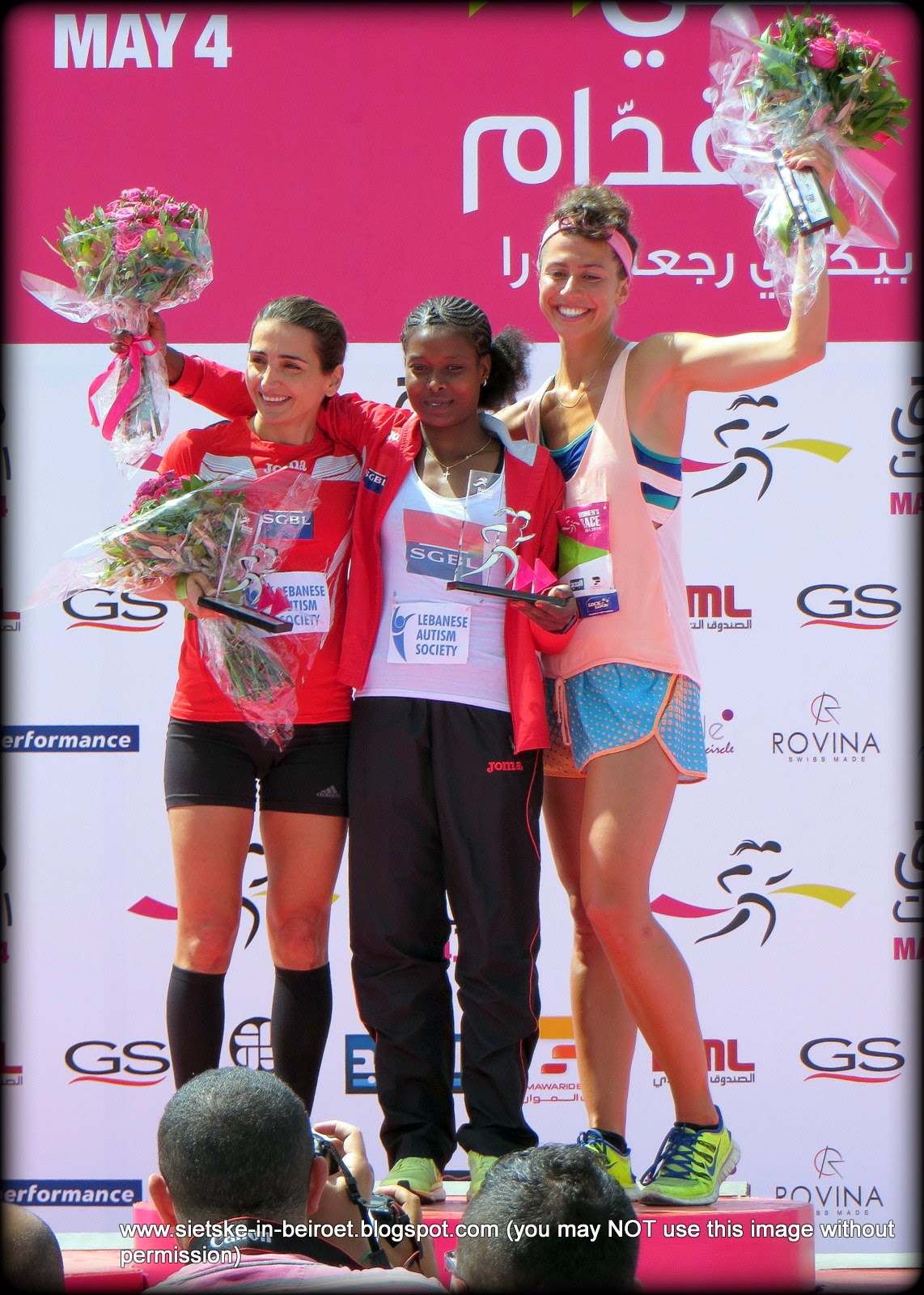 Curious to know what she won in prize money.

Great post! And congrats!! She is amazing! Nice meeting you in real life :)