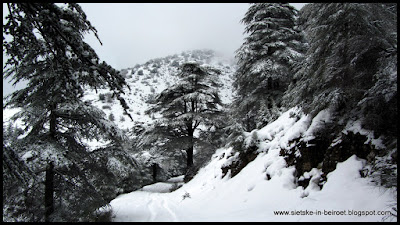 Winter has been late this year, but it has finally arrived. This morning it was 7 degrees Celsius in Beirut. I think that is as low as it gets in this town. On the way to the Beqaa Valley, the police were stopping cars to check for snow chains.

Apparently they had gotten tired of pulling people out of the snow at the mountain pass. I had to go to the Barouk Cedar Reserve, and it was right after the storm, so everything was covered with virgin snow, and I was the first one to make a trail. 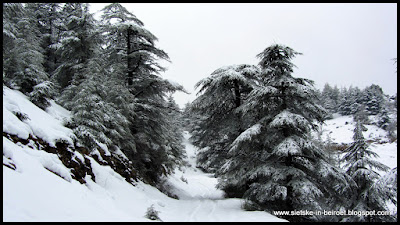 There’s a lot to be sa(i)d about Lebanon’s urbanization, and in many ways, this is no longer such a pretty country. But if you get way up in the mountains, far away from cities and villages, there are areas that are postcard material. It is a pity I already sent out my Christmas cards, because today was a real Winter Wonderland. I might try and make it to the ski slopes tomorrow, although I fear the rest of the country may be of the same thought, and I’ll end up in a traffic jam to the ski slope instead of at the ski slope, but we’ll see. 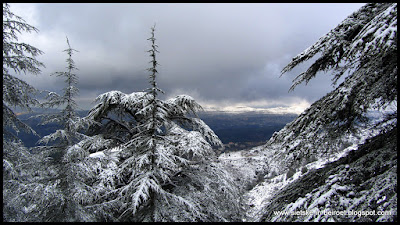