Today is April 13: Always an odd day, as it marked the beginning of a long civil war in Lebanon. 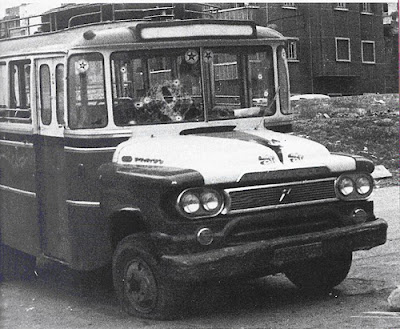 (I saw on the news yesterday that they had the bus on display at the Race Track in Beirut. I might go and take a look at it today)
The event that set it off was a bus with Palestinians driving through a Christian neighborhood on April 13, 1975. The bus got assaulted, several Palestinians on board died, and the rest we all know. Exactly why the bus got assaulted is a long story, and why it didn’t end there is an even longer story.
We call it a civil war, but when it started, nobody thought of it as a war. These were ‘events’. People had disagreements, but it wasn’t a full scale war. The country was never completely at war. There were fights between streets, neighborhoods and parts of the cities. Sometimes between regions and areas, but never the entire country as such. The Lebanese, when talking in Arabic, refer to it as ‘the events’. That phrase ‘civil war’ was coined by the west. There might be war in one part of town, but in the other part of town life went on as usual.
I found this on my balcony this afternoon; a pamphlet thrown out by an army helicopter (only guys to fly helicopters). Funny how things change. It is usually the Israeli army that uses ‘air mail’ to pass on messages to the Lebanese. ‘Get out of the neighborhood because we are going to bomb it,’ is what we usually read. I've got a whole collection of them.

Today it was a different message; “Let them argue, but not on our account”, signed by the Lebanese Women for Civil Peace. I don't know who they are, but it is a cute initiative. (The translation may be a little off. )

We are some 32 years later, but not much has changed.
Geplaatst door Sietske op 16:46

What sort of women's group has the money to fly helicopters around?

Good question. My guess is that one lady in that group has a husband who has some high post in the army, (you know how it goes in Lebanon) and he got talked into this. They are not doing much anyways with those choppers, so why not use them for something useful in the meantime. Must be a nice guy.

and how unfair to pass suddenly from a symbol of freedom only conducted by men as u say, to that incredible punishment u chose for him...

what if your child was just translating something larger happening around him?

sure he lost the keys... we agree.
but did u notice, around that story, and in your "word map", how many times the question of the house comes back under your own pen?

not trying to make u feel guilty, sietske...
and I really think it deserves something, but u don't seem to look at the symbols exchanged here, it's rather violent believe me, when u suddenly fall down from freely flying in the sky to that prison.
thanx god.. the chief of the prison is cute : )

I found this site using [url=http://google.com]google.com[/url] And i want to thank you for your work. You have done really very good site. Great work, great site! Thank you!